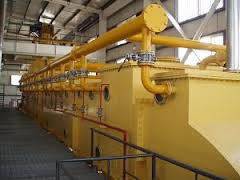 The soybean seed has nineteen percent oil. It also contains thirty-five percent proteins, and their commercial viability has made some people start soybean crushing industries. The major products that the crushing industries look for are the soybean crude oil and soybean meal, after the crushing, the oil undergoes refining and degumming. The refined oil then goes through bleaching, after which temporary hydrogenation is applied on it. The oil then undergoes deodorization. Soybean oil extraction is not complete without the important winterization stage that prevents it from clouding during cold times.

The winterization stage also helps in making a diversity of soybean oil products, for example, cooking oil and margarine. The main fats and oils have five classes, edible vegetable oils, animal fats, palm oils, industrial oils and marine oils. Soybean oil is by far the world’s most popular oil put under use than all other plant oils, yet soybeans contain lesser oil than most plant seeds. What makes soybean oil more competitive is the low cost of its production in the industries, the supply of the soybeans is higher than its oil processing, which makes the production cost lower than other plant oils in the industries.

This entry was posted in Soybean Oil Extraction. Bookmark the permalink.